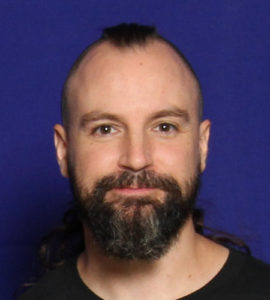 Mark Eshbaugh has been a working photographer and artist for twenty years. He has a Bachelors of Fine Art degree in Photography from University of Massachusetts- Lowell on a merit scholarship and the Rubello Memorial Art Scholarship. He was named the 2012 UMass Lowell Distinguished Alumni Award recipient. He has a Masters of Fine Art degree in Photography from the Savannah College of Art and Design on the M. Curtis Propes Fellowship and Richard J. Clemente Memorial Scholarship. Mark has taught workshops in the United States, Mexico and Europe. He has taught at Bridgewater State University, St. Anselm College, Montserrat College of Art, Plymouth State University, Anna Maria College, and the University of Massachusetts at Lowell.

Mark has exhibited his images in several solo exhibitions and over 100 group exhibitions worldwide. He has given public lectures on his photography in galleries, museums and on television. His images have been featured in numerous publications, including Angela Faris-Belt’s Elements textbook, Robert Hirsch’s Photographic Possibilities textbook, B&W Magazine, Photographer’s Forum, Pinhole Journal and Hayden’s Ferry Review. He is the author of several books including his text on Alternative Photography Processes as well as several monographs of his images. Mark’s work has been shown in museums and galleries around the globe, from Europe to the United States, and has received juror awards in a number of exhibitions. Mark’s images are included in several private and public collections.

Mark has been performing off and on in the United States and Europe for the past 20+ years. His first learned instrument was drums and percussion, but he also plays bass, guitar, keyboards and does vocals. Mark was a founding member of The Destitutes, State of Confusion, and Flipside 45 all of which have released albums and played live throughout the years. Additionally, he has released a few albums of solo compositions. He currently writes and records a variety of music compositions ranging in styles from classical piano to industrial metal. He also engineers and produces for RMR and plays session work when asked nicely. Preferring writing and recording to performance (though he is willing to perform live), Mark is constantly writing material and in the studio recording several projects. He is always interested in new musical collaborations.